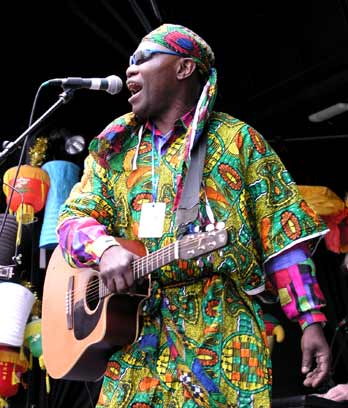 One continent, many nations

From Algerian to Zimbabwean, New Zealand’s African-born people form a kaleidoscope of cultures, languages and ethnicities. They represent over 40 countries in Africa, and include Europeans, Asians, Indians and Arabic people, as well as numerous black tribes.

Most of New Zealand’s African-born people are white. Some came from Africa’s British colonies in the 1870s, but the majority arrived from South Africa in the 1990s.

Black people who arrived in colonial times were probably African-Americans. In the 1960s, study programmes brought some black students to New Zealand. But before the 1990s very few blacks arrived, partly because of New Zealand’s restrictive immigration rules.

Across Africa, wars and brutal political regimes have driven thousands from their homes. In 1991 New Zealand increased the number of refugees it would accept. Often arriving with few possessions and horrific memories, people came from Ethiopia, Rwanda, Somalia, Zimbabwe and other countries in crisis.

Refugees face huge obstacles. They may have endured imprisonment and violence, loss of family members, and detention in camps. They have to learn English and adapt to an alien culture. Many are poorly educated, and even qualified immigrants struggle to find jobs. A Somali woman commented that most of her friends were either unemployed or doing cleaning or supermarket work.

Through the family reunification scheme, some long-lost relatives continue to arrive and swell these communities. Groups such as the Pan-African clubs offer support, and many religions are followed, including Islam, Catholicism and Coptic Christianity.

Playing soccer, performing African drumming and dance, braiding hair in traditional styles – these and other cultural activities connect Kiwis and Africans, and help the new immigrants put down roots in a strange land.

Print the full story
Next: Page 1. Africans in New Zealand Next