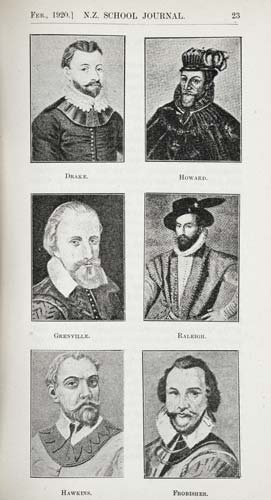 These portraits of British explorers and seamen appeared in the New Zealand School Journal in February 1920. The article described their role in the expansion of the British Empire. Those who had investigated New Zealand were seen as part of a long tradition of heroic British explorers.

Canoeing up the Manawatū