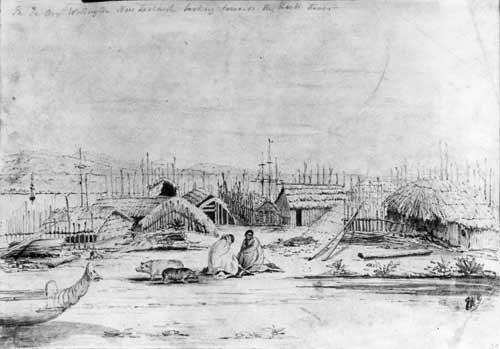 Te Aro pā in Wellington was located where Taranaki Street and Courtenay Place now intersect. It was built by Ngāti Mutunga, one of the tribes that migrated to the region with Te Āti Awa. It was later occupied by other tribes including Ngāti Ruanui, Ngāti Haumia and Ngāti Tupaia. Following an earthquake in 1855 the adjacent land was lifted, draining swamps that had once provided eels and shellfish for food, and flax for sale to European settlers. The loss of these resources was one reason why the pā was eventually abandoned and the land sold.