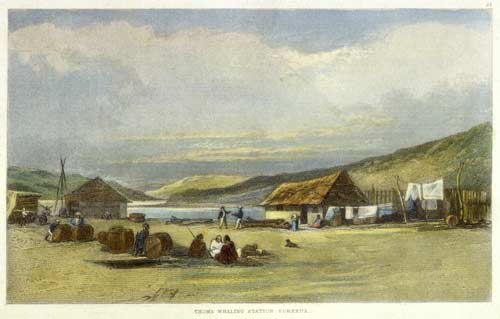 During the 1830s whalers were attracted to the Wellington region. They built shore stations on Kāpiti and Mana islands. When the New Zealand Company founded Wellington at the end of the decade, some settlers placed great hopes on the settlement becoming a whaling port. The whaler Joseph Toms (spelt 'Thoms' in the picture title) established this station – pictured around 1842 – next to the Ngāti Te Rā pā at Whitianga (Paremata). But by then the whaling boom was over, and the industry collapsed.