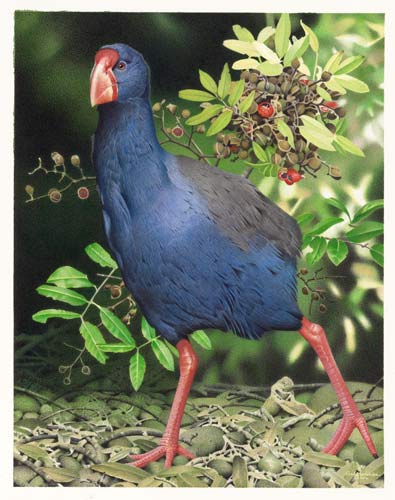 Bones of a large extinct rail, the North Island takahē (Porphyrio mantelli), have been found in a number of fossil sites throughout the North Island as well as in human middens (ancient rubbish sites). It was known to Māori as moho or mohoau. There are no official reports of live birds during most of the 19th century, so it was presumably close to extinction by then. However, a bird that fits its description was found in the Ruahine or Tararua Range in 1894.

There was great excitement when the South Island takahē (Porphyrio hochstetteri) was rediscovered in Fiordland in 1948. Comparison of the bones of both species show that the North Island takahē was larger than its South Island relative, with much longer legs.