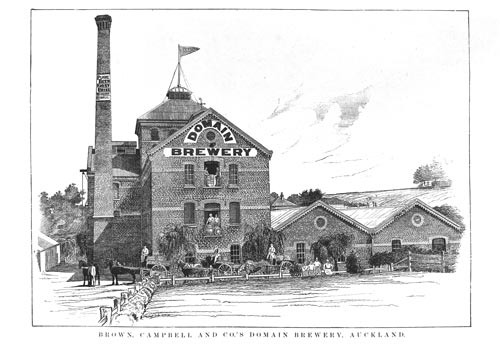 Newmarket was a site of early industry in Auckland. The Domain Brewery – later Lion Brewery – was established by John Logan Campbell off Broadway in 1880. It is credited with keeping the businessman solvent while many of his peers went bust during the depression of the late 1880s and early 1890s. In this 1890 engraving, brewers’ drays are lined up in front of the brewery.