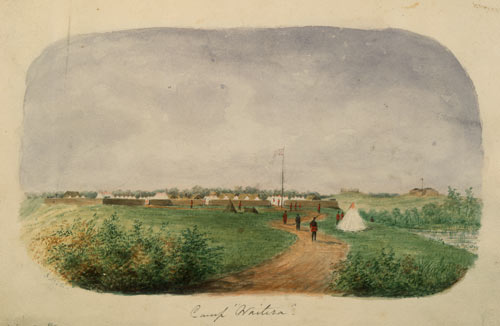 When the Te Āti Awa chief Wiremu Kīngi Te Rangitāke refused to allow land at Waitara to be sold to the government, British troops occupied the land. War was the result. On the disputed land, the British built their Camp Waitara, shown in this 1860 watercolour. The main battles in the first Taranaki war were fought in the area. Later in the 1860s, the main fighting occurred in the Waikato and elsewhere in Taranaki.