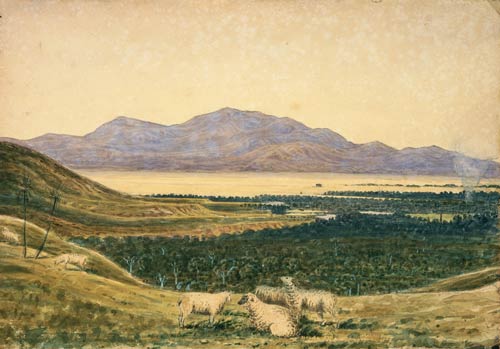 North Island pastoralism began in the Wairarapa in 1844. Merino sheep were imported from Australia to stock the early stations. This 1860s watercolour by Edward Lyndon shows sheep near Lake Wairarapa. Two have black faces, which is not a Merino characteristic. The moist underfoot conditions of the district did not suit fine-woolled sheep like Merino, so British breeds were imported to replace them.

Driving sheep around the coast