Story: Farming and the environment 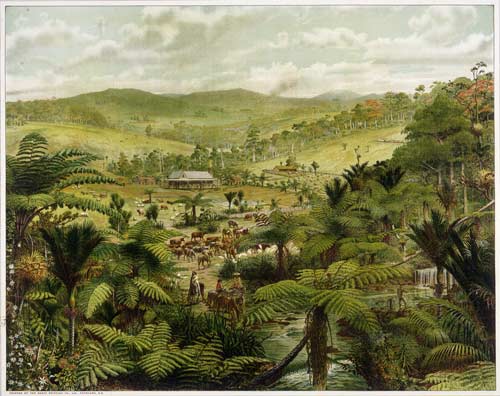 This picturesque scene from the early 20th century depicts established pasture on rolling hill country among bush remnants in Taranaki. Sheep and cattle graze peacefully below the substantial homestead. An enormous amount of work was involved in converting forest covered land to this state.