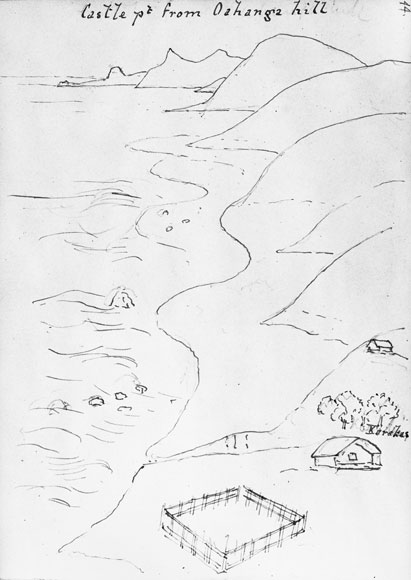 This 1863 sketch of a Māori settlement, Oahanga pā, near Castlepoint on the Wairarapa coast, shows a grove of karaka trees behind one of the houses. In summer and autumn karaka trees bear orange fruit, which are poisonous if raw, but safe to eat when cooked. They were an important food for Māori, and were planted in the southern half of the North Island, coastal areas of the northern South Island, and on the Chatham Islands – beyond karaka’s natural distribution (considered to be the northern North Island).