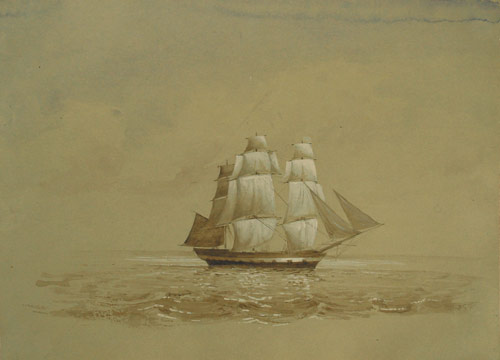 The route followed by sailing ships to New Zealand was mostly on the high seas. Sometimes passengers did not see land at all between Britain and New Zealand. Encounters with other ships were also rare. James Edward FitzGerald sketched this view of the Randolph, one of the first Canterbury Association ships, from the Charlotte Jane as the two vessels were clearing the English Channel. Unusually, these two ships sighted each other again off the coast of Africa.

‘Landing of passengers at Port Lyttelton’