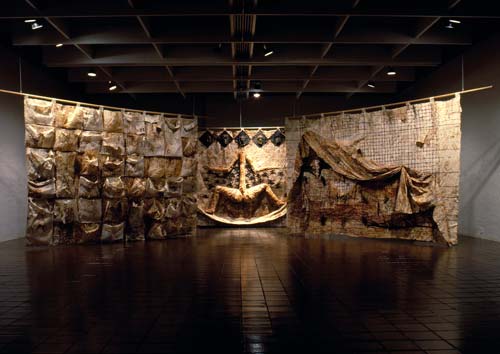 In the later 1970s and 1980s many women artists rejected the requirements of a male-dominated art world. Their priority was the development of feminist and female imagery, such as the central goddess figure of Vivian Lynn’s 1986 installation ‘Gates of the Goddess – a southern crossing attended by the Goddess’.