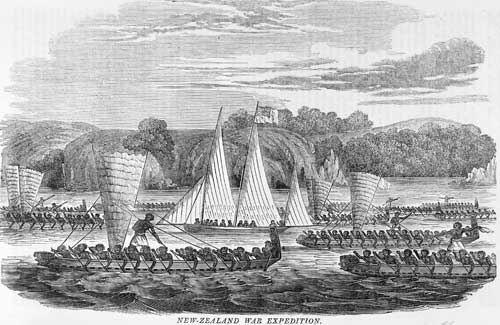 Henry Williams and other missionaries made many efforts to prevent Ngāpuhi from making war on other tribes. In January 1832 Williams and his colleague William Fairburn joined a taua (war party) led by the Ngāpuhi chief Titore against Ngāi Te Rangi of Tauranga. This engraving shows the missionaries' sailboat surrounded by waka taua (war canoes), some equipped with sails. Williams did not manage to prevent this attack.