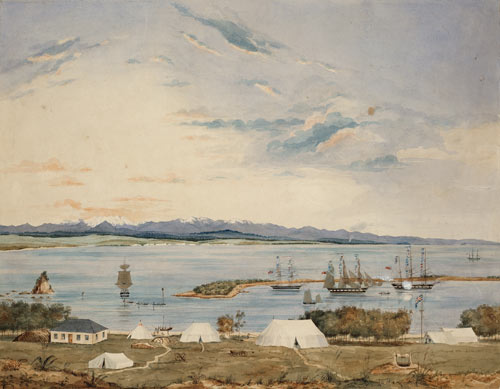 This watercolour by Charles Heaphy shows the three ships of the New Zealand Company's expedition to chose a site for its second settlement, Will Watch, Whitby and Arrow, anchored in Nelson Haven. Prefabricated barracks and tents were erected to house New Zealand Company staff who were busy preparing the site for the settlers due to arrive three months later.  In the middle distance are the Moutere Hills and beyond them the Tasman Mountains.