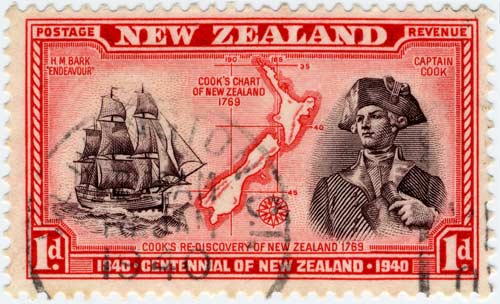 New Zealand became part of the British Empire in 1840, when the Treaty of Waitangi was signed. Seventy years earlier British navigator James Cook had raised the British flag on Motuara in the Marlborough Sounds, claiming the South Island for King George III. This stamp was issued as part of celebrating New Zealand's centennial in 1940.