Story: Whenua – how the land was shaped 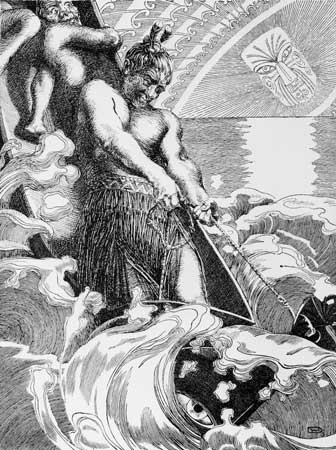 Māui is renowned for fishing up the North Island or Te Ika-a-Māui (the fish of Māui) from his canoe, which later became the South Island. The tale is depicted in this ink drawing by Wilhelm Dittmer, a German who visited New Zealand to collect oral traditions, and illustrated a number of mythical scenes.