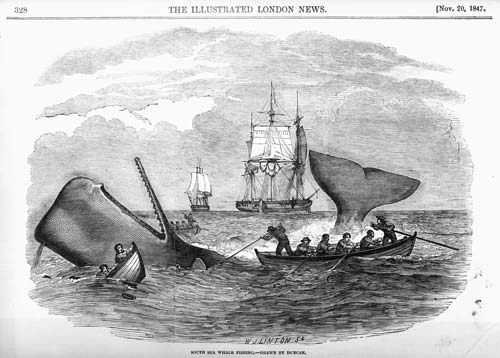 This wood engraving from the Illustrated London News in 1847 depicts a sperm whale dying after being harpooned. Sperm whales were the main prey for open-ocean whalers in the 19th century. The whalers who visited New Zealand were often American.

The American writer Herman Melville learned about whales while working as a whaler in the South Pacific, and there are some wonderfully observed descriptions of sperm whales in his classic novel, Moby Dick (1851).

Download the document to read about the strange character of the sperm whale’s eyes and ears (61 KB).