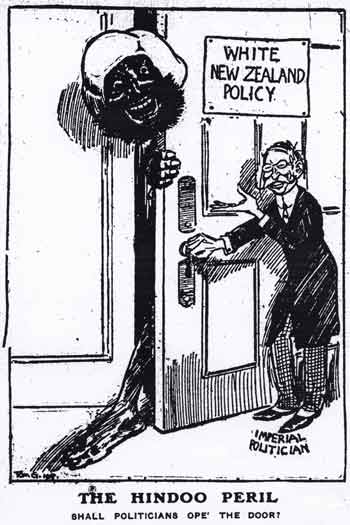 This cartoon, published in Truth in 1917, illustrates the strong anti-Indian attitudes in New Zealand at that time. Before the First World War efforts had been made to exclude Indians, but they were protected as citizens of the British Empire. Then some Indians began to arrive in New Zealand, and at an Imperial Conference in 1917 the government was asked to let in the wives and children of existing Indian settlers. In the cartoon a 'Hindoo' (a common term for Indians at that time) has his foot in the door, which is being opened by an Imperial politician.