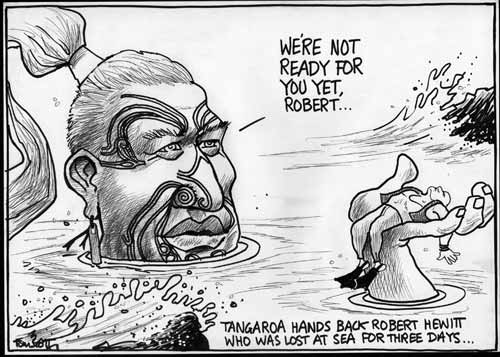 In 2006, Robert Hewitt was lost in the sea while diving near Mana Island, Wellington. After three days he was found alive. He credited the love of his fiancée and family together with his Navy training as a diver for getting him through his ordeal. He also thanked Tangaroa, god of the sea, for bringing him home.

I am trying to make contact with Robert Hewitt with a question about this amazing book. Q Can this email be passed on to Rob or can I have an email contact for him?? Thanks