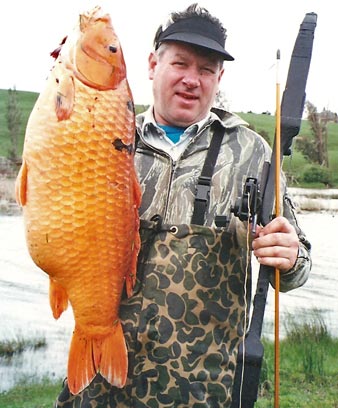 Fifteen species of coarse fish (so named for their large, rough scales) have been introduced to New Zealand for aquariums or fishing. A few aquarium fish have found homes in warm, geothermal waters, while other species thrive in rivers and lakes. But several species have infested ponds and other waterways, and are considered noxious.

What are coarse fish?

They were introduced in the late 1800s and early 1900s by British settlers, for aquariums or fishing. Many have been illegally set free by anglers wanting to stock up rivers and lakes.

Print the full story
Next: Page 1. Introductions Next