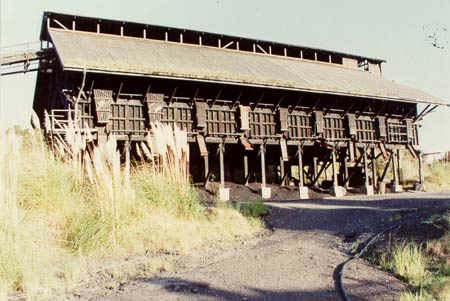 The carbonisation plant at Rotowaro, locally known as ‘the Carbo’, processed coal waste into briquettes that were used for fuelling railway locomotives and for domestic heating. Opened in 1930, it had ceased operating by 1987. It is an industrial heritage site of national and international significance. It was the first low-temperature carbonisation plant in the southern hemisphere, and is probably unique in its design.

Brought back many memories as

Brought back many memories as part go my growing up was in Onslow St Huntly great work.