A rush to the playground 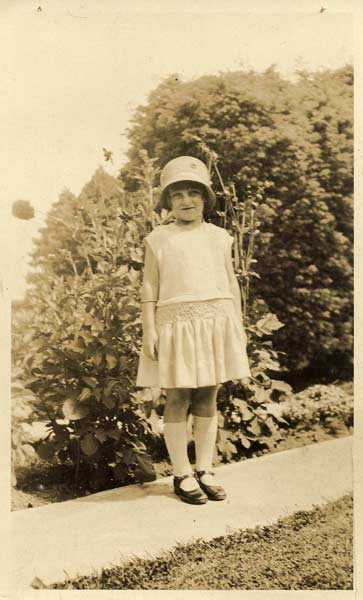 The earthquake struck just before 11 a.m. with a heaving and shaking of the earth beneath our once familiar school, which had now become a place of fierce, uncontrollable and terrifying force. The shaking was violent from side to side while, at the same time, you were aware of being pushed upwards.

We were all stunned into silence until a girl called Gwen shouted ‘Earthquake!’ That released us. We tore, we scrambled, we rushed to the door – past the fireplace in the corner to the left of the doorway where the ink bottle was kept in the empty grate. It was a tall, mucky, dark blue bottle and bricks were pouring down the chimney on to it. A fragmentary glimpse was all I had of this, yet I can see it so clearly, still.

Children poured from all the classrooms, squeezing desperately through the not-too-narrow doorway, out to the playground. I have an impression of someone being trampled under our feet on the doorstep, but I may be wrong about that.

Outside, with the shake subsided, we calmed down and stood around in little groups, not knowing what to do. Sylvia Holdaway went back inside to collect her hat from the corridor pegs and we all thought her tremendously brave.

At the gateway, a teacher, Mr McGlashan, was directing children to leave and find their way home. An angry little woman was gesticulating in front of him, berating him for his stupidity and I suddenly realised that this was my mother.

My parents had a sweet shop in Emerson Street, the Star Confectionery, and they had been having morning tea in the back of the shop when the quake came. There must have been an awful mess of jars and shelves of chocolates. My father, who was such a neat and tidy man, set about sweeping it all up. His efforts were to be pitiably wasted when the fire came later and consumed everything in its path.

Mother, though, went racing up Dalton Street to the school to find me. And found poor Mr McGlashan. He obviously had no idea of the shambles of the town, the heaps of tumbled masonry, the dangling live wires from telegraph poles, the precariousness of much that was still standing. With hindsight, the school was the safest possible place to be. In the post-earthquake period, while Napier recovered itself, Hastings Street School was used as the Post Office.

Mother gathered me up, together with some friends and, like the Pied Piper, she set off with five of us in tow.

Everything that followed was chaotic and my memories of it are fragmentary.

My mother and I were in a lorry up at the hospital and parked outside what had been the Nurses’ Home. It was now just a heap of tumbled masonry and over it clambered a nurse calling and calling – ‘Pat! Pat! Pat!’ I don’t imagine she ever found Pat alive.

The day wore on and I was with a lot of people, all huddled in Clive Square, looking down Emerson Street. The hotel in the corner (the Provincial?) had its sides gasping open and bedrooms and bathrooms were perched up there horribly exposed to the world.

And the fire. Rushing up Emerson Street towards us, voraciously engulfing the town, huge and roaring. I remember feeling the heat of the air.

We were all dispersed somehow or other. Everybody used whatever transport was available. My mother’s friend, Mrs Howard, had a Baby Austin car and I was put in that along with her children, while my parents went on the back of a lorry. Inadvertently, they all went to McLean Park and we went to Nelson Park, so there was more hectic confusion until my parents eventually found me and took me back with them.

There were the tents erected in Nelson Park, rows and rows of them. We drank artesian water from bottles and people cooked on open fires. Then my darling grandfather arrived from Marton – how on earth did he find us? There he was with a huge paper bag of cakes and food my grandmother had prepared. He took me back to Marton with him.

i know how these people feel