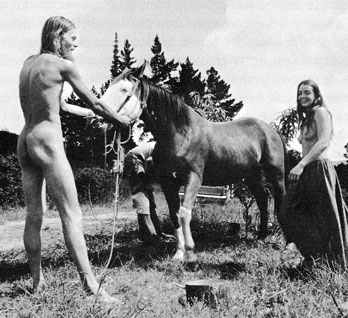 Main image: Three residents enjoy the relaxed atmosphere of life at Wilderland in the early 1970s

Print the full story
Next: Page 1. Early communities Next