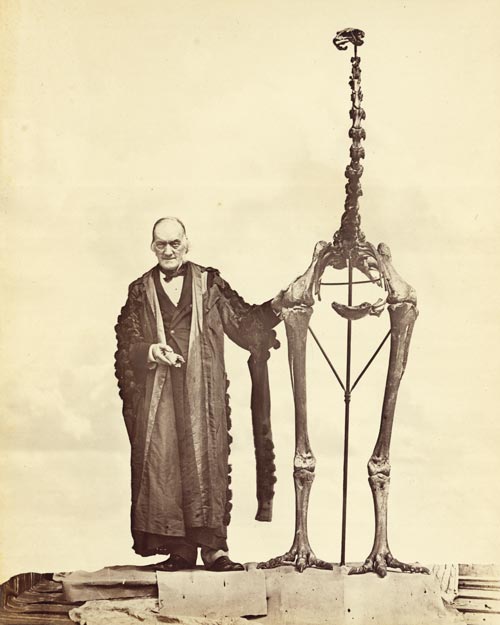 Richard Owen recognised that a piece of bone he was shown in 1839 came from a large extinct bird. When later sent collections of bones from the same species he managed to reconstruct skeletons of New Zealand’s native moa. Here he stands next to the largest of all moa, known at the time as Dinornis giganteus, while holding the first bone fragment he had examined 40 years earlier. Owen eventually became director of London’s Museum of Natural History.

Download the document (19 KB) to read the paper Owen published in 1839, describing the bone fragment. His deduction that it came from a giant extinct bird was amazingly perceptive.