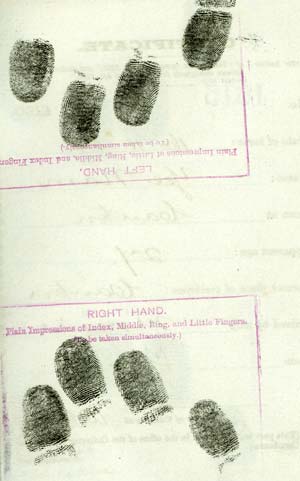 In the early 20th century many New Zealanders believed there were hordes of Chinese eager to descend on their country. In 1908, Chinese residents who wished to leave New Zealand and then return had to provide a thumbprint in order to get a re-entry permit. The print would confirm that another Chinese was not trying to sneak into the country – reflecting the stereotype of all Chinese looking alike. The procedure remained until the 1920 tightening of restrictions against all Asian immigration.

is this all real

is this all real