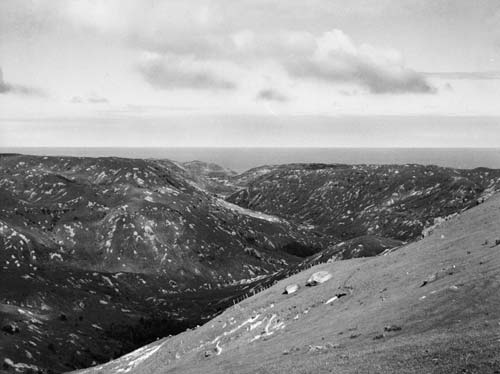 Tūtira Station, in northern Hawke’s Bay, had originally been covered with forest, which was cleared and burnt by Māori and European settlers before being sown with grass for sheep farming. Such land was vulnerable to erosion after heavy rain. This 1939 view shows the extent of slipping after one bout of rain. Herbert Guthrie-Smith farmed at Tūtira and recorded weather and changing land use for almost 60 years. His records show that large-scale erosion occurred at least once a decade.

Download the document to read Guthrie-Smith’s description of the impact of fires (11 KB). He was one of the first people to document the damage being caused to the landscape and wildlife by forest clearance.

The impact of erosion