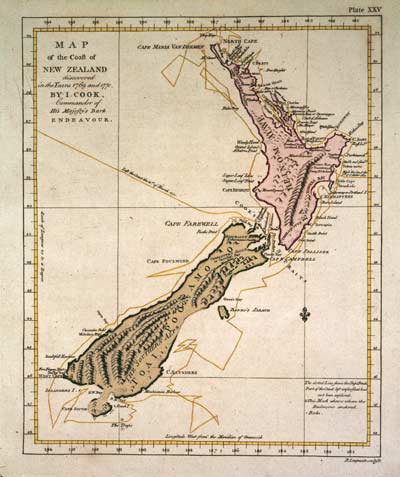 Abel Tasman had charted only the western coastline of New Zealand, from about Punakaiki to the North Cape, and left open the possibility that the land was part of a great, unknown southern continent. The English explorer James Cook established that the land Tasman had discovered was in fact two large islands. The remarkably accurate map Cook drew of New Zealand after his first circumnavigation of the islands in 1769–70 was a marvel of cartography.

‘A view of the Murderers’ Bay’