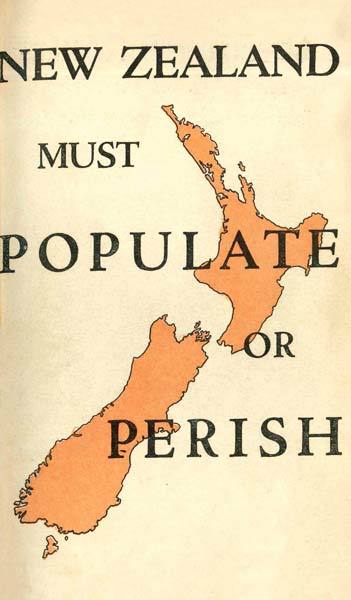 Concerns were expressed about New Zealand's declining fertility rate and its implications for the population from the early 1900s. The trend towards smaller families was interpreted by some as a case of mass 'race suicide' by Pākehā. Motherhood and marriage was linked with patriotism – having children was seen as the main duty of women and the main purpose of relationships. The Dominion Settlement and Population Association published New Zealand must populate or perish in 1947 – by which time, in fact, the fertility rate was increasing. The book described a declining fertility rate and ageing population as 'the beginning of the end of any nation'.

Projected New Zealand population to 2061 by age and sex