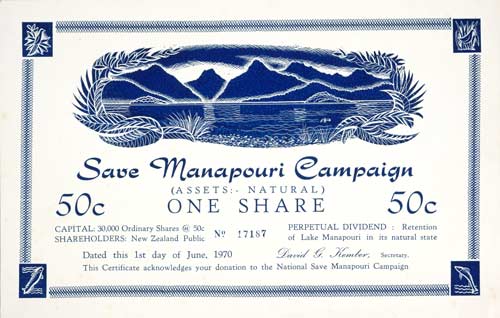 In the late 1960s there was a bid to raise the level of Lake Manapōuri, to increase the output of its hydroelectric power station. The proposal triggered a wave of protest. ‘Share certificates’, sold for 50 cents (about $6.50 in 2008) raised funds for the campaign, which succeeded. The ‘share dividend’ was the retention of the lake in its natural state.