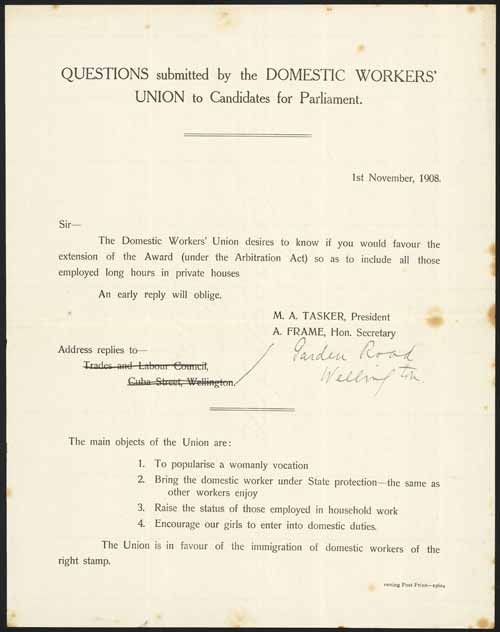 The Domestic Workers’ Union was the second attempt by former servant and activist Marianne Tasker to form a union for servants in Wellington. The first, in the late 1890s, had petered out. Tasker managed to get the second union, started in 1906, registered under the Industrial Conciliation and Arbitration Act 1894. But when she left for a visit to Britain in 1907, the acting secretary failed to re-register it. The Registrar of Industrial Unions would not let it be later re-registered, maintaining that a domestic was not a ‘worker’.