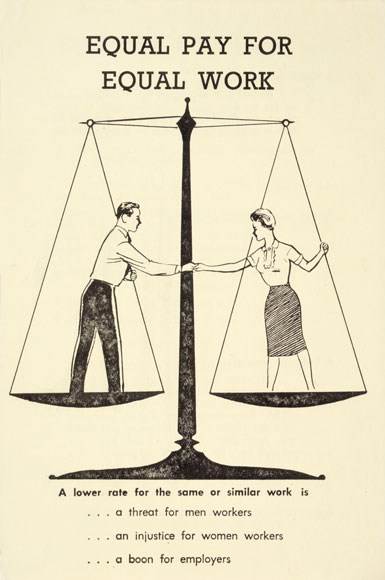 The New Zealand wage-fixing system assumed that male workers were supporting wives and children. Women in employment were not expected to have these financial responsibilities and were paid less than men, even when they were doing the same or similar work. The Council for Equal Pay and Opportunity (CEPO) was very active in the struggle for the Government Service Equal Pay Act 1960 and the Equal Pay Act 1972, which legislated for equal pay in the private sector. This image from a CEPO newsletter in 1961 highlights the advantages for both men and women of equal pay for women and men engaged in the same or similar work.