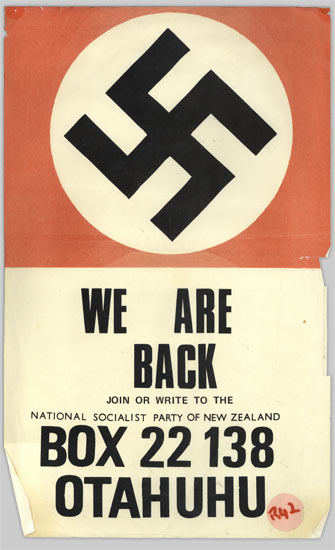 In 1969 a National Socialist Party emerged in New Zealand. It took its white-supremacist ideology from the 1930s German Nazi party. However the party was relatively late on the scene by comparison with other western countries, and it had few supporters.