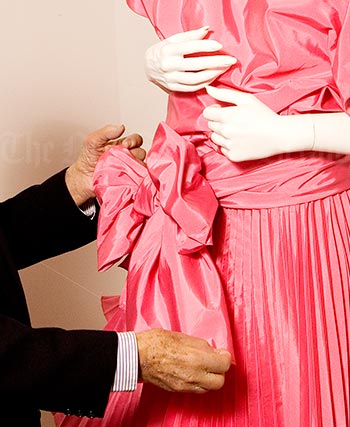 Before the Second World War, fashion design was largely imported from Europe (although clothing was made by dressmakers or at home). During the war, less information on fashion reached New Zealand, and clothing was rationed. Some local fashion designers emerged. American servicemen stationed in New Zealand bought locally designed fashion for their New Zealand girlfriends.

In 1950 a fashion competition was held in Wellington to prove local design was as good as overseas design. Evening gown contests and parades were important fashion events, and the Gown of the Year contest was held from 1958 to 1964. The Benson & Hedges Fashion Design awards ran from 1964 till the mid-1990s.

Auckland was the centre of New Zealand fashion. Successful designers included Emma Knuckey, Bruce Papas and Gus Fisher. Clothes were often made to measure for the wearer.

In the 1970s youth culture was the main influence on fashion, and garments became looser, flowing and more casual. Ready-to-wear clothes became common. Many new designers started out selling clothes at market stalls.

Annie Bonza and Tigermoth were leaders in youth fashion. Designers who later became well known, including Marilyn Sainty, Elizabeth and Neville Findlay (Zambesi) and Liz Mitchell, began working in the 1970s. There were also some bespoke designers who made one-off garments.

Clothing manufacturers became more design-focused. Manufacturers were protected from overseas competition by import tariffs, but this began to change in the 1980s.

In the 1990s tariffs on imported clothing were removed. Many manufacturers could not compete, and closed. Some fashion designers had clothes made overseas to save money.