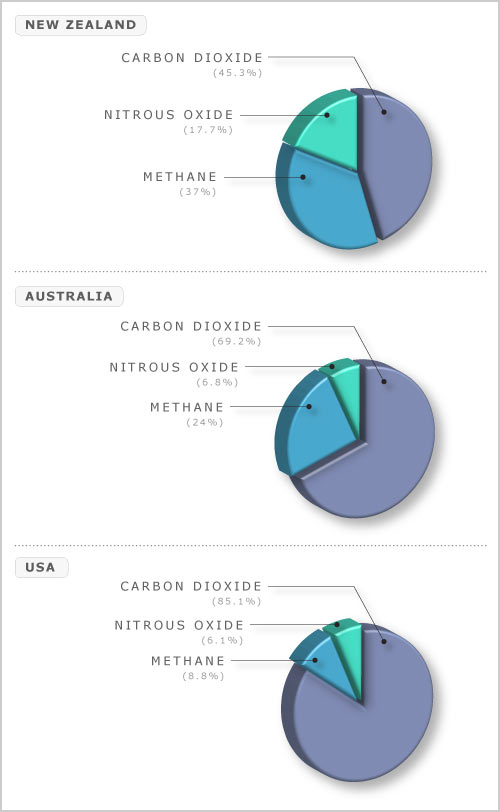 In most countries, carbon dioxide forms the largest proportion of greenhouse gas emissions. New Zealand is unique in that 37% of its emissions come from methane released from livestock. In the early 2000s there were 10 million cattle and 45 million sheep in New Zealand – which translates to a lot of methane. A major part of New Zealand’s effort to reduce emissions is focused on methane released by livestock.