Story: Law and the economy 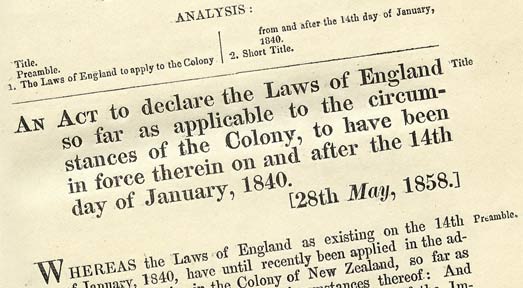 Whether you are buying a loaf of bread, building an offshore gas plant or signing an employment contract, all your economic actions are governed by laws.

New Zealand’s laws and legal system are based on those from England. Parliament makes new laws. There are many laws that govern how business and other economic activity should take place.

A contract is an agreement between two or more parties which divides up who is going to do what, and who will get what. Contracts are often written down, but not always. For example, buying a loaf of bread involves an unwritten contract that the buyer will pay money, and the seller will supply the bread.

Contracts also set out a timeframe for the agreement and what to do if situations change. If the parties disagree over the contract once it has been signed, they can try to settle it through negotiation or in court.

Governments control aspects of the economy through regulations. During most of the 20th century the government tried to stop prices increasing too much, particularly during wartime.

Some governments, such as the 1980s Labour government, tried to reduce the amount of regulation.

In the 2000s many new laws were passed to regulate parts of the economy such as electricity, telecommunications and finance.

There are laws that control people’s conditions of work and other aspects of employment. These set things like minimum wages and how much holiday leave workers must have.

Print the full story
Next: Page 1. Setting the framework Next

Lewis Evans, 'Law and the economy', Te Ara - the Encyclopedia of New Zealand, http://www.TeAra.govt.nz/en/law-and-the-economy (accessed 16 May 2021)