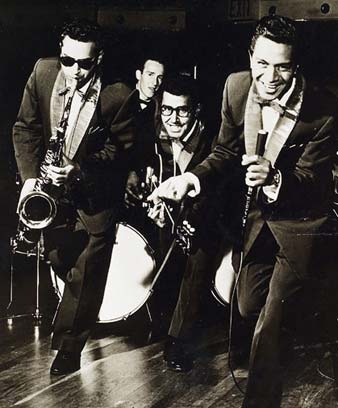 Maussies (Māori Aussies), Ngāti Kangaru and Ngāti Skippy are some of the nicknames given to the thousands of Māori who have made their home in Australia. Many more travel further afield, with communities thriving in London and Utah, USA.

A group of Māori visitors

Letter from a Māori chief in England

The Resolution and Discovery at Huahine

Two Māori boys, Te Weherua and Koa, sailed with Captain James Cook from New Zealand to Tahiti in 1777. They were probably the first Māori to travel beyond New Zealand since the early seafaring days of their Polynesian ancestors. Occasionally, Māori chiefs also sailed for Sydney and London on board trading ships in the early 1800s. Some returned with muskets. Over the next 100 years Māori mainly ventured overseas as performers in cultural groups. Only a few migrated permanently.

As British subjects Māori, like all New Zealanders, had easy access to Australia. But few migrated until the 1960s. Around this time, many Māori made the decision to move from rural to urban areas within New Zealand, and the next step for some was Sydney or Melbourne.

Māori entertainers often crossed the Tasman. With job losses in New Zealand in the 1970s and 1980s more Māori moved to Australia. Many went to shear sheep or to work mines in the outback. By 2008 there were about 100,000 people with Māori ancestry living in Australia.

In the early 1900s the English were fascinated by the Pacific, and Māori touring performers were well received. A few Māori settled in the United Kingdom, and by the 1950s there were enough to form the London Maori Club. Now called Ngāti Rānana (Rānana is a transliteration of London), the group still exists in the early 2000s.

The most established Māori community in America is in Utah, where the Mormon Church is based. In the early 2000s about 300 Māori families lived there. This community began in the 1950s, when Māori Mormon missionaries arrived from New Zealand and formed the Kiaora Club.

Print the full story
Next: Page 1. 18th- and 19th-century travellers Next