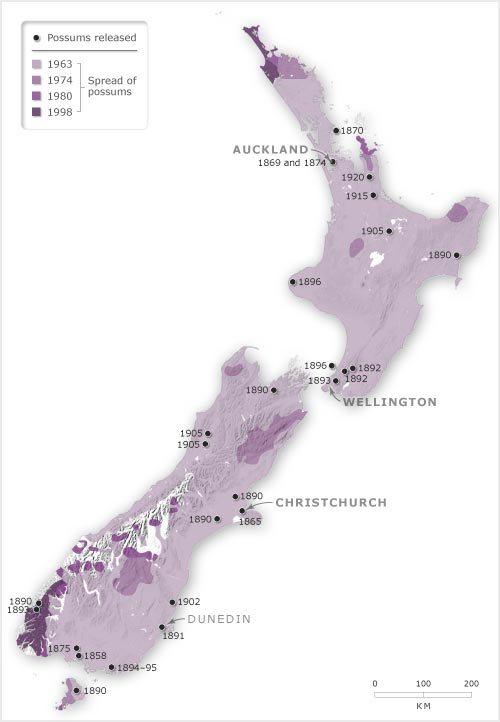 Possums were originally introduced to New Zealand to establish a fur trade. Animals were released in a number of locations between 1858 and 1920. They spread out from their release points, and have gradually colonised the whole country – except for the highest mountains in the Southern Alps. Possums only reached the northern tip of the North Island and south-west Fiordland in the last decade of the 20th century.