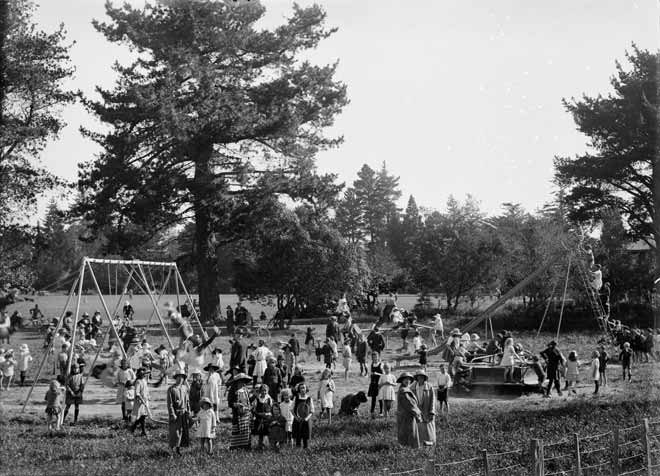 Playgrounds with play equipment began to appear in the early 20th century, and became an important, well-used feature of parks throughout the country. This playground in Masterton Park (later Queen Elizabeth Park) was popular with the local children on a fine day in 1922.

Excellent snap of the park..

Excellent snap of the park..