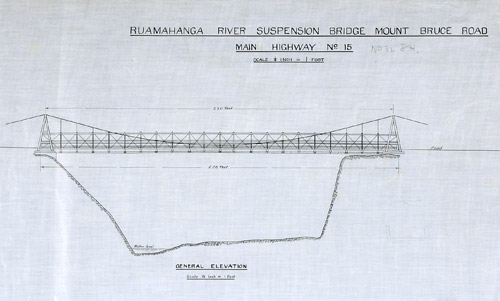 These drawings for a suspension bridge across the Ruamāhanga River near Mt Bruce were prepared by the Public Works Department in 1926. The department, established in 1870, had initially project-managed the building of major bridges and tunnels. In the first half of the 20th century it also became involved in designing and building bridges.