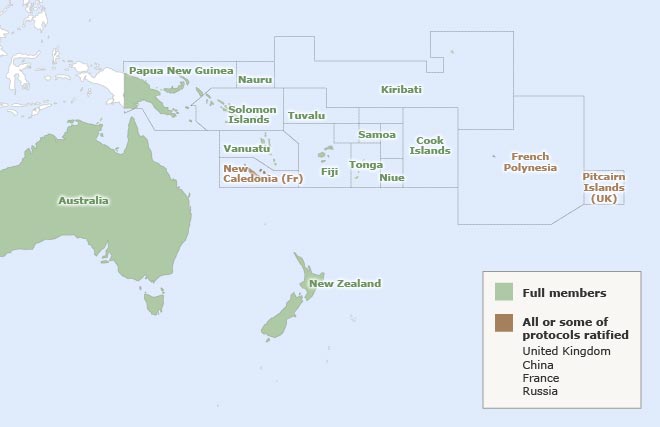 The Labour government had called for the establishment of a South Pacific nuclear weapons-free zone as early as 1974. After lengthy negotiations the South Pacific Nuclear-Free Zone Treaty (Treaty of Rarotonga) was adopted by the 13 members of the South Pacific Forum on 6 August 1985, the 40th anniversary of the bombing of Hiroshima. The treaty entered into force on 11 December 1986. Since then, the nuclear weapon-possessing states of United Kingdom, China, France and Russia have signed all or some of the protocols. In 2012 United States ratification of all three protocols was pending.