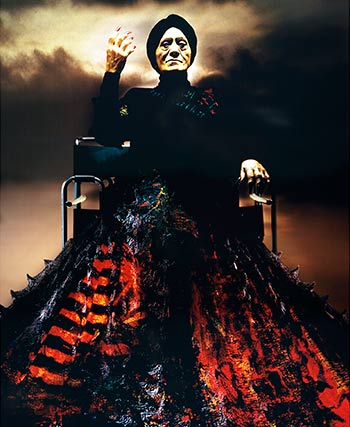 Artists have been quick to use new technologies in their work. They do so in innovative, often interactive ways, sometimes combined with performance.

'Sonic pixel and the blockbuster'

From the 1960s it became increasingly common for artists to create work that moved beyond traditional media such as painting and sculpture. They used sound, moving images, digital technology, installation and performance in new and experimental ways. Such work was called ‘multimedia art’, ‘new media art’ or simply ‘media art’.

Media-art projects were often taken on by groups, and many artists worked as collectives. One very influential New Zealand artist was Len Lye.

Videotape was invented as an alternative to film, and became available to the public in the 1970s. It allowed moving-image art to be created by artists who did not have the funds or resources to work with celluloid film. Video was accessible, portable and fast.

Artists often experimented with bringing music and moving images together in creative ways – by making music videos or showing film or video at concerts.

As soon as computers were available, they became part of art-making. Later the internet became a virtual exhibition site.

By the 2010s New Zealand had a large community of media artists, working in many different formats. Their work was displayed in all sorts of ways and places, including festivals and galleries.

Several organisations supported and promoted media art, and many of those were government funded.

Print the full story
Next: Page 1. Origins Next