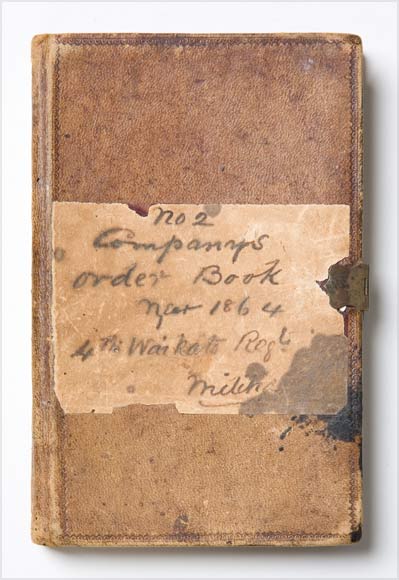 An order book for the Fourth Waikato Militia is one of a few objects that have survived from Hamilton’s early days. Like Alexandra (now Pirongia), Cambridge and Kihikihi, Hamilton was occupied by military settlers and their families. The men were expected to defend the towns in the event of renewed warfare.