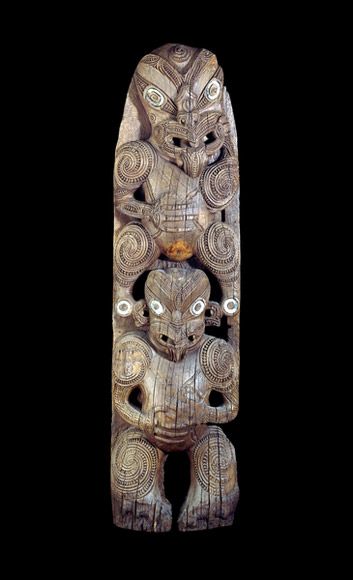 This amo (front post of a house) is held by the British Museum. The figures are male, but their carved penises were removed – this is most obvious on the top figure, where there is clear discolouration. In the 19th century it was common for carvings to be modified by removing sexual organs, particularly at the prompting of missionaries.

© Trustees of the British Museum

Permission of the British Museum must be obtained before any re-use of this image.