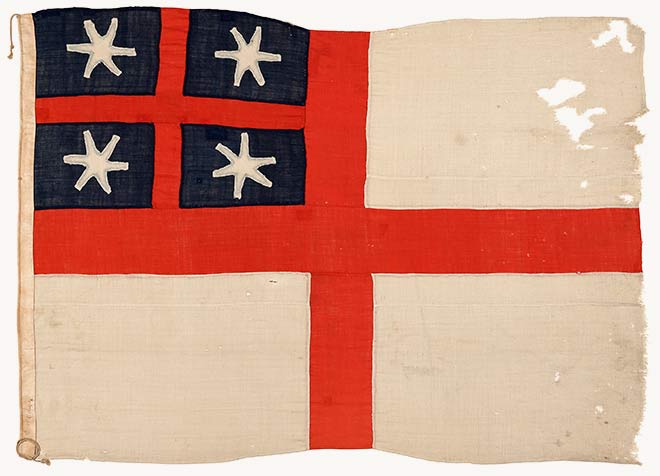 This flag was based on the one adopted by Māori chiefs at Waitangi in 1834 as a national flag and known as the flag of the United Tribes of New Zealand. It was made on board the Tory during its voyage to New Zealand, and was raised at Petone on 30 September 1839. William Wakefield of the New Zealand Company referred to it as the colours of New Zealand. After the signing of the Treaty of Waitangi in 1840, Lieutenant-Governor William Hobson sent an armed party to lower the flag on 30 June. The British Union Jack flag was raised the following day.