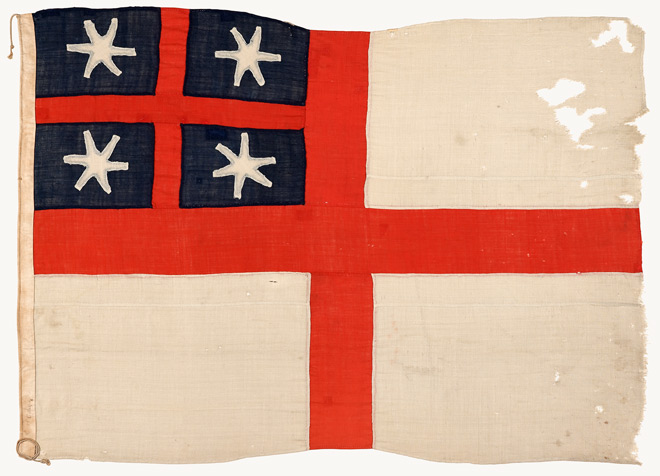 The New Zealand Company raised this version of the United Tribes' flag at Petone on 30 September 1839. The flag was made out of wool and linen, on the ship Tory during the voyage to New Zealand from England. It was probably based on an incomplete description of the original United Tribes' flag, which had been published in the New South Wales Gazette in 1835. The stars are six-pointed, rather than eight-pointed as in the original, and the smaller St George's cross does not have a border. The flag is now housed at the Museum of New Zealand Te Papa Tongarewa.