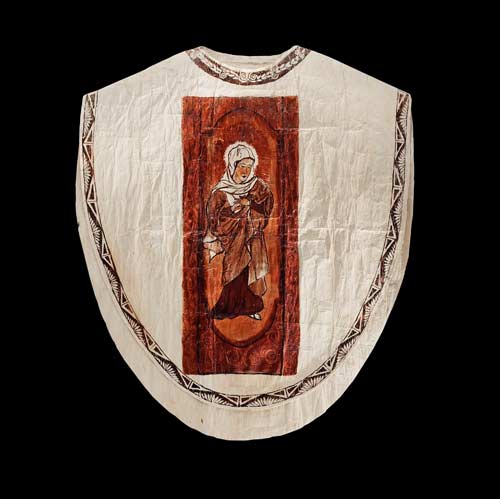 Since Christianity was introduced to Tonga in the 1820s, it has had a major impact on the society. Tongan Christianity has been shaped by the country’s own traditions. This chasuble, which is a vestment worn by Catholic priests, was made from tapa cloth in 1978 for Father John Faisander, to mark his ordination in the Hutt Valley. Made in Ma‘ufanga village and painted in Vaololoa village, the chasuble has an image of the Virgin Mary on the front with the Tongan pattern known as Tokelau feletoa around the neck.