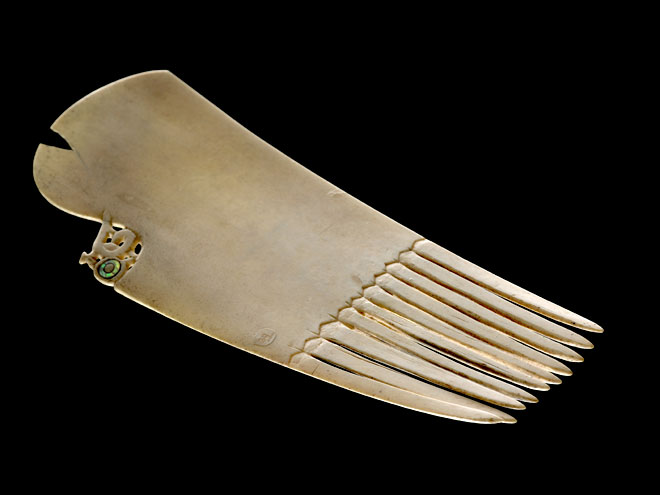 This large and elegant 10-toothed ornamental comb (almost 30 centimetres high and 10 centimetres long) is carved from a single piece of whalebone and known as a titireia. The manaia (stylised beaked figure) carved into the side has an eye inlaid with pāua shell. Titireia were widely used by men of status to adorn their hair, which was worn oiled and bound up in a variety of styles. Since they were worn in the hair of someone of chiefly status, such combs were highly tapu and could not be worn or borrowed by others. They were usually buried with their owners. When the bones were subsequently exhumed, the tapu could be removed and the comb safely handed on to the next generation.