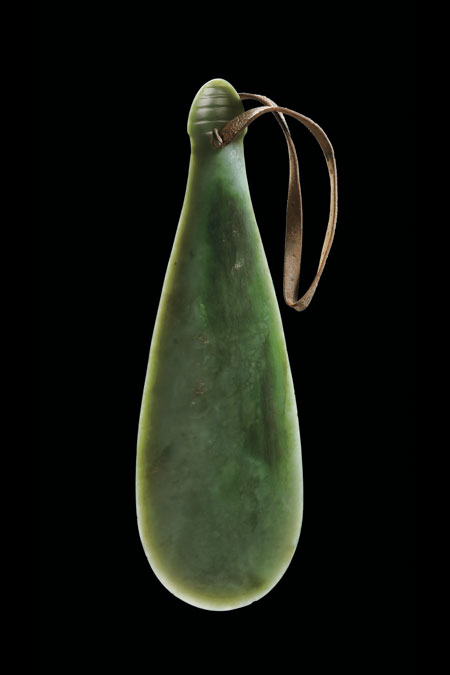 In 1840 a young boy named Thomas Wilmor McKenzie went into a house being built by the people of Pipitea pā for Dr George Evans. He was seen by a local chief, Te Rīrā Pōrutu, who was angered at the breach of tapu (religious restriction), which still covered the uncompleted house. He raised this mere pounamu, Horokiwi, to strike, but Ruhia Pōrutu threw her cloak over the boy so that he would be spared. Thomas McKenzie grew to be a prominent Wellingtonian and also became a lifelong friend of the Pōrutu family. At his funeral, Ruhia’s cloak was laid over the coffin.