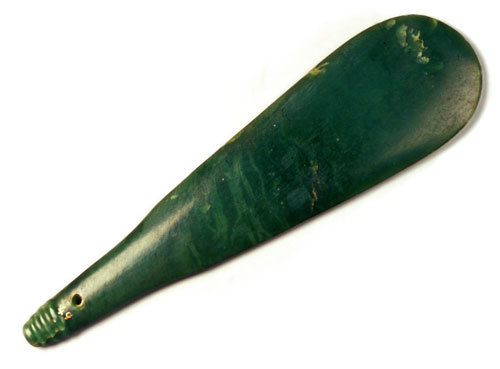 This mere pounamu (hand weapon), named Hine-nui-o-te-paua, was gifted by the Ngāti Pāoa tribe to Governor George Grey to indicate their desire for peace with Europeans. The mere was believed to have great status and to be extremely sacred. Mere pounamu were often used to seal peace agreements between tribes.