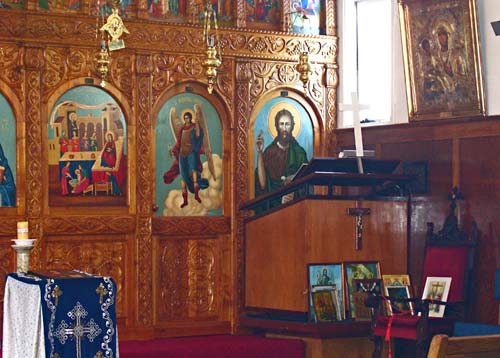 The Orthodox Church has been an important focus for many of the Romanians who came to New Zealand. They came in their largest numbers both immediately after the Second World War and in the 1990s, after the fall of Romania’s Communist government. The Romanian community of Wellington attend the Church of St Mary. The first part of the orthodox service is conducted from behind the ornate wooden screens, which can be seen at the rear of this photo. The second part of the service is conducted from the pulpit, pictured on the right.